Chief executive steps down at Menzies 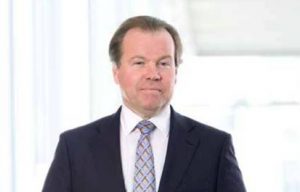 John Menzies chief executive Jeremy Stafford (pictured) has resigned for what was described as personal reasons after just 15 months in the post.

Mr Black has been with the group for more than 16 years, mainly in senior aviation roles, where latterly he was SVP of Africa, Middle East and India and most recently as head of the distribution division where he led a network rationalisation and entry into the growing e-commerce logistics market.

He is replaced at Distribution on an interim basis by Mark Cassie, distribution operations director. Mr Cassie joined the group in 1984 fulfilling a number of leadership roles and for the last four years has been operations director. As well as a very strong background in print media operations, he has worked closely with Mr Black in the recent new business ventures and he will continue to develop the strategic direction of the division.

lain Napier, chairman, said: "I am delighted to welcome Forsyth to the Board with his extensive and relevant experience which we are confident will drive forward the implementation of our existing Aviation strategy. I also look forward to working closely with Mark Cassie as he continues to develop our Distribution business into the e-commerce fulfilment market.

"The board wish Jeremy Stafford well for the future."

The announcements come with a statement that trading has continued to be in line with forecasts and the board remains confident of meeting expectations for the full year ended 31 December 2015.

Contractual negotiations between Menzies Aviation and a customer at London Gatwick Airport have been satisfactorily concluded.

The group will announce its full year figures on 8 March.