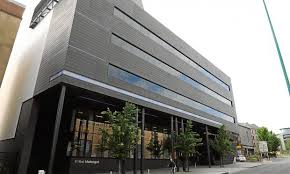 Elliott Advisors, the hedge-fund manager which forced boardroom change at Alliance Trust has now moved to increase its stake in the Dundee based investment house from 17% to 19%. Part of New York firm – Elliott Management, they have already influenced board room change at AT after a long running spat with the board in 2015 resulted in the stepping down of Katherine Garrett-Cox as Chief Executive.

This is the latest move in a long running saga at the Scottish investment giant in the face of alleged under-performance. Several other strategic changes have taken place since the 2015 revolt; with Lord Smith of Kelvin replacing Karin Forseke as Chairman and two Elliott nominated non-executive directors placed onto the board.

Changes have also been recently announced in investment strategy and AT said it would outsource the management of its equity investments to external managers, a strategy which Elliott Advisors said it had “long advocated”.

Alliance Trust shares surged in the summer when RIT Capital Partners, confirmed it was in talks about a potential “merger” with Alliance Trust. However, RIT Capital later withdrew which came and other specialist advisers were appointed to advise Alliance Trust on its future direction.